«There’s the production of stuff in terms of technology, but then there’s the stuff of the people that populated the space, the history of the people that were left behind. And it’s so important, the choices of the books, or the photographs that are seen on the walls, or the littlest thing. Again, it doesn’t matter whether the form is digital, it’s exactly the same work. You know, in the end, the technology thing….I mean it worries me a little bit when people are talking about which are the real sets, which are not. Well, everything is. This is a movie, nothing is real…everything is fake. And everything is created by the same group of people, just with different tools.» 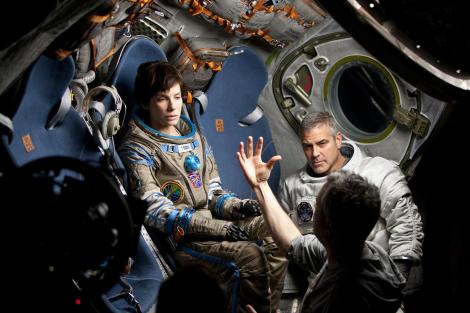